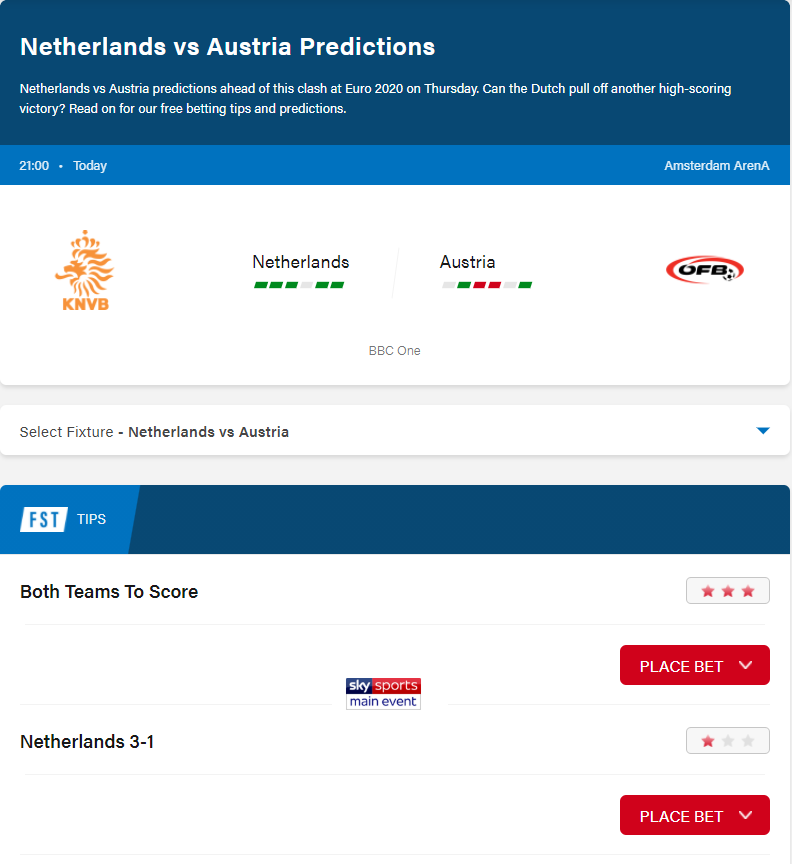 Despite a few scares, the Netherlands were able to win their opening game against their toughest opponents in Group C. They beat Ukraine 3-2 having blown a 2-0 lead in the clash, which shows the issues which underline Frank De Boer’s side.

The Dutch have plenty of talent and they used that well in their opener, but doubts remain about De Boer’s ability at the top level. However, with two home games against Austria and North Macedonia up next, the Dutch should be strong enough to make the last 16.

Meanwhile, Austria were frustrated for much of the game against North Macedonia before scoring twice in the last 12 minutes to win 3-1. There’s clearly a lot of attacking talent in this Austria side and they should hurt the Dutch considering how they struggled against Ukraine, but the hosts have scored at least twice in their last eight so both teams to score is the best value bet given it has landed in five of Austria’s last six competitive matches. 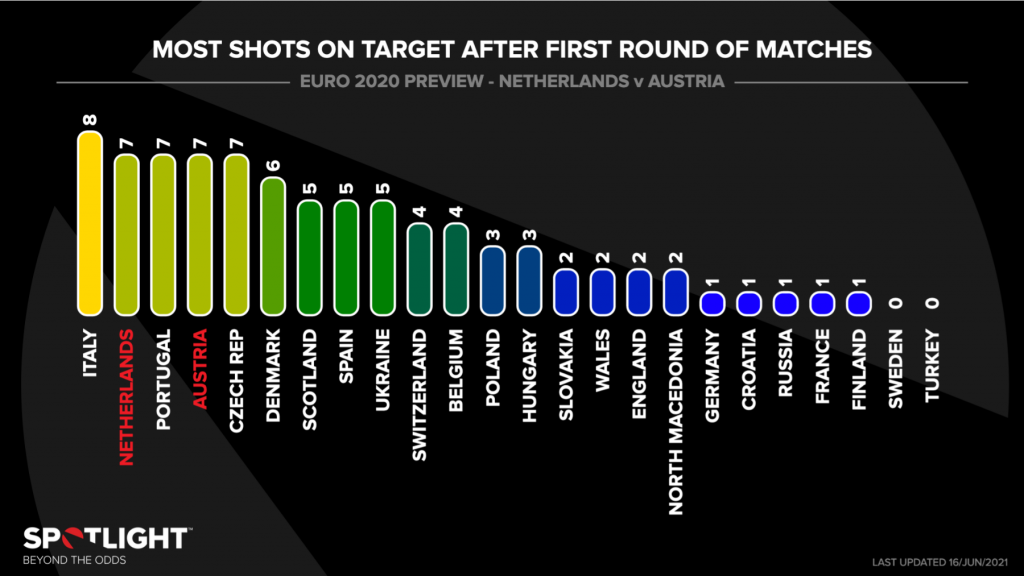 Austria may have beaten North Macedonia but things only get harder in their remaining games, which doesn’t bode well following defeats to Denmark and England in their last four. The Austrians have lost four of their last seven European Championship games and they look vulnerable in Amsterdam.

The Dutch have won their last four home games, scoring three goals in three of those matches. They should prove too strong for an Austria side who will find the shift in opposition difficult. As a result, a 3-1 home win is our correct score prediction.

The Dutch set-up for the win over Ukraine was interesting, with De Boer choosing to play a back-three in order to pair Memphis Depay with Wout Weghorst. The Wolfsburg striker put in a brilliant display and rewarded De Boer with a second-half goal, following up his great club form.

Weghorst scored 20 Bundesliga goals in just 33 appearances this term and the forward has scored in consecutive matches for his national side. He’s a new introduction to the Dutch squad but having settled so well we are backing Weghorst to score again against a vulnerable Austrian defence.